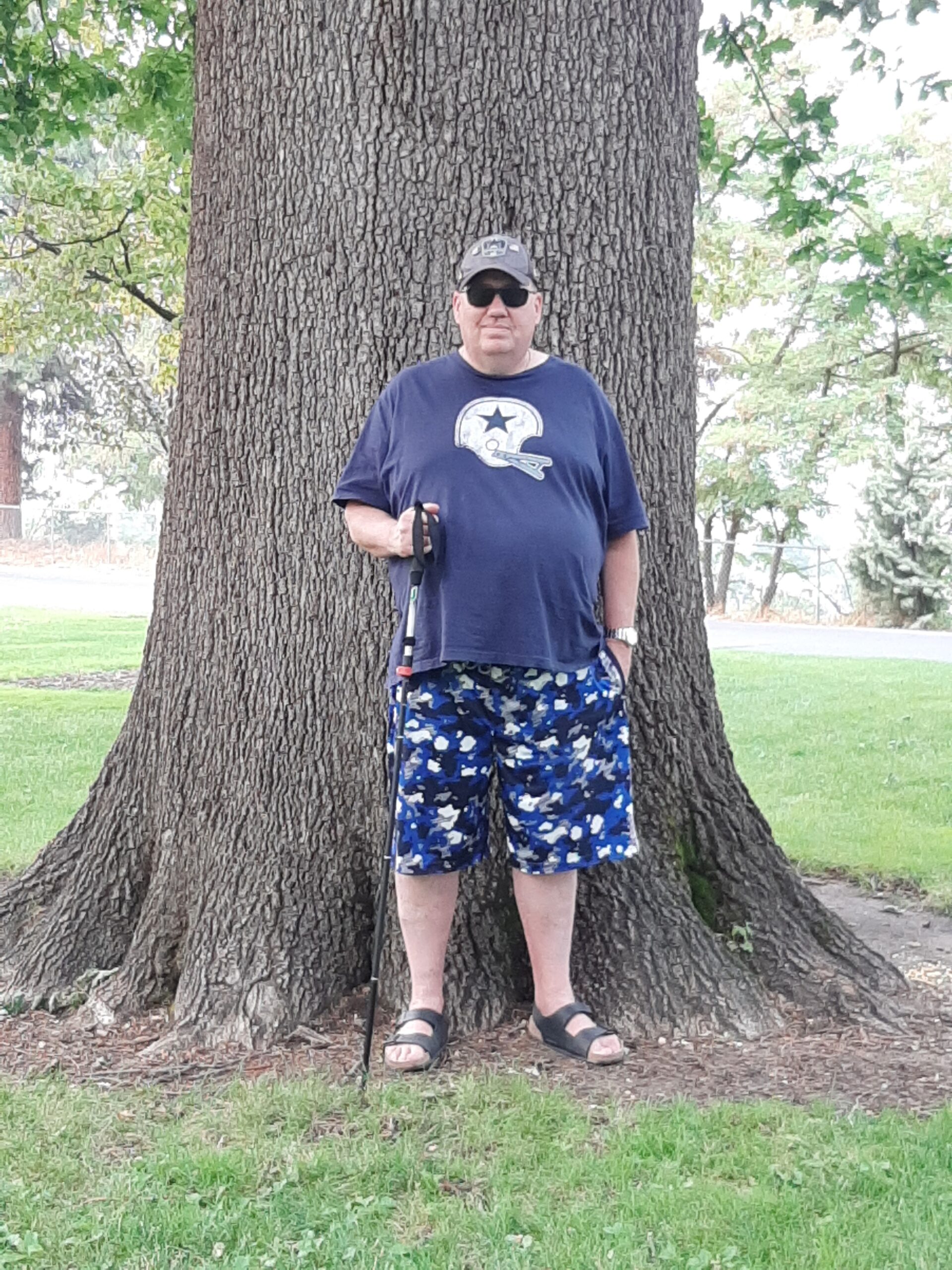 Don Ellsworth, age 53
September 15, 1967-Sept 12, 2021
Don was born in Mansfield, Ohio but only lived there a few months until the family re-located to Great Falls, MT where he spent most of his childhood and as an adult. Don was a loving father of 2 boys; Jackson and Jared. He had married a few times until meeting the love of his life, Billiejo Kokoruda in 2012, in which they were married during the worst snow storm of the decade at the Christ Church in Great Falls on December 8, 2012. Don (and Billiejo) moved to Helena in April/2013 and bought a house in East Helena in December 2017- a lifelong dream for the couple.
Don worked at the Albertsons in Great Falls and in Helena for a total of 23 years and recently started working for West Mont in Helena where he enjoyed being a job coach and helping other people.
Don loved his doggies, going fishing, watching Dallas Cowboys Football, and loved spending time with friends and family from Christ Church Helena and having BBQ’s. Don had a wonderful relationship with our Lord Jesus and loved Him. He loved to go camping and being a tourist. He also very much loved his only grandson born October, 2020, Everett (James) Ellsworth.
He is survived by his wife, Billiejo, his mother Madeline Dome, his sons Jackson (and Val), and Jared, his brothers, Alan, Kenny, and Eddy, and sister, Lisa. He also is survived by his brother’s in law, Bill (and Sandra) & Joe Kokoruda, and sister in law Renee Crawford (and Chuck). He also has several nieces and nephews and his grandson. Don Ellsworth will be missed by all who knew him.
There will be a memorial BBQ Potluck in celebration of Don’s life on Saturday, September 25th at 2 pm at 3 Fiesta Ct in East Helena, MT. Please bring something to share with others and your own lawn chair.