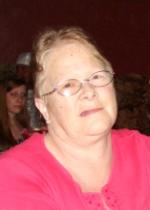 Dorcas was raised on Blue Slide Road, just outside of Thompson Falls where she attended High School. She later moved to Great Falls, where she came to meet Glenn Whitehead, who would grow to be her lifelong soul mate, and life partner. She and Glenn were married August 17, 1974 in Great Falls surrounded by many family and friends. Dorie worked as a CNA at the Deaconess Hospital, until she gave birth to their first son, Samuel.

After that, Dorie made a lifelong commitment to being the mother of all mothers. She loved children and fostered them, until she adopted 3; Patrick, Jacob, and Jade. She lived and breathed for her children. She was a booster mom, and leader of both the Cub Scouts and the Girl Scouts.

Dorie was a member, in good standing of Cascade Chapter #101 Order of the Eastern Star, as well as Helen C. Roberts Chapter #74 in Great Falls, where she has served as Worthy Matron several times. She loved Eastern Star, and all the friends that she had gathered over the many years. She was also involved with Jobs Daughters, and served as a member of the council with Bethel #9 in Great Falls. Dorie was also the unofficial DeMolay mom for the William D. Cummings Chapter order of DeMolay in Great Falls, where she loved the boys just like they were hers.

Dorcas and Glenn had 4 children together: Samuel Hugh and wife Julie of Helena and their 2 children, Bailey Dawn and Kali Ann; Patrick Housel of Helena; Jacob Paul and wife Julie of Sacramento, CA; and Jade Nicole Allen and husband Sean of Great Falls and their son, Gage Matthew. Dorie also had 2 step daughters, Rebecca and her son, Shane of Columbia, SC and Elizabeth and her daughters, Niki and Stephanie, also of Columbia, SC. She is also survived by her brother Ira Soule and wife Linda of ID; a sister, Tina Love of Seattle, WA; and many nieces and nephews.

Dorie lived her life for her family. She and Glenn were inseparable, and she wouldn’t have it any other way. They moved to Cascade in 1987, where they worked to raise their 4 children, and there was nothing they wouldn’t do for them. She was the mom everyone loved to see, she was the fun mom. Dorie loved to cook for large groups of people, even if it meant the football team coming over after practice. She was an avid baker; if there was a birthday cake to be made, she was usually the one being called. She loved helping people which is a direct reflection of the kind heart she had.

Dorie and the love of her life are reunited again, and though Dorcas will be deeply missed by everyone she knew, and every life that she touched, let it be comforting to know that she is no longer hurting, there is no more pain.

A Memorial Service is scheduled for 12:00 p.m. Saturday, September 18, 2010 at Retz Funeral Home Chapel with a reception to follow the service at the Masonic Temple, 15 N Jackson St. in Helena. Burial is set for 10:00 a.m. Monday, September 20, 2010 at the Montana Sate Veterans Cemetery, Ft. Harrison. Arrangements are under the care of Retz Funeral Home. To offer a condolence to the family or to share memory of Dorie, please visit www.retzfuneralhome.com.