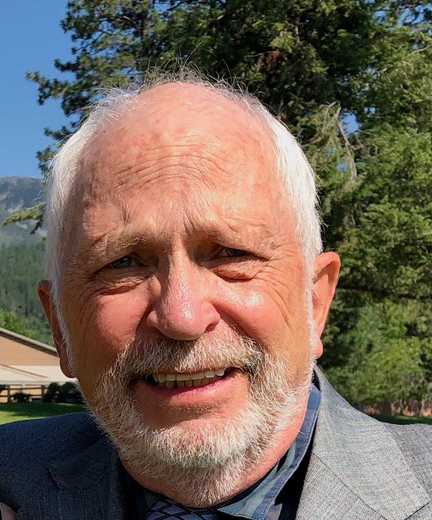 Einar John Stromnes, recently of Helena, Montana, passed away in the early morning hours of October 26, 2018, peacefully at home. John was born in Great Falls, Montana, on October 13, 1942. He was the son of Einar John Stromnes I and Harriet Meyer Haynes Stromnes; his sister was Karen Alland.

As a child, he was independent, adventurous and passionate for the outdoors, riding his bike out to the canyons and springs. John’s father was Speaker of the House of Representatives (1941-1942) and a democratic Montana state legislator. After surviving being hit by a train, he died of a sudden heart attack at age 52 when John was 9, an event that upheaved John’s life.

John and his mother later moved to Missoula to be near Harriet’s sister Esther and her friend Dorothy Tupper, who influenced John. In his teen years John played the trombone and taught himself to play piano by ear, a gift inherited from Harriet. John learned quickly and became an exceptional jazz and blues musician. He knew music theory, chord structure and melodic line. By the time he was a high school senior, he could hold up his end in an improvisational jazz group. John and his close friends were influenced by the changing times. He was a beatnik, wrote poetry, endlessly read literature and history, composed music and, in short, was an iconoclast.

After graduating from Missoula County High School in 1960, John studied at the University of Montana and entered the Marine Corps in July 1962. He received the rank of EPL E-4 in 1963, a rifle sharpshooter badge, and was a cryptographer. He served in the Marine Corps Reserve from July 1965 until March 1968.

He returned to UM, where he met the love of his life Jean Kathleen Stang. They were married on December 2, 1968, and raised two daughters. Experiencing nature was quintessential John; he took family and friends hiking, fishing, camping, swimming, boating, white-water rafting, trail riding on family horses, and sailing. He ran several marathons, enjoying training on Blue Mountain or Pattee Canyon. Even late in life, John continued to hike and ski, and became an avid kayaker.

John found a spiritual home in the practice of Zen Buddhism. He meditated and played the shakuhachi flute. He became an expert potter, and built a studio and kiln, always perfecting his Japanese-inspired rustic tea-bowls and teapots. John also was passionate about cooking. Similar to his way of life where he pushed boundaries and endlessly worked, he frequently created new variations on ethnic meals.

John worked at the Missoulian from 1973-2006. He started as a printer and typesetter then moved to staff reporter. He later worked as an editor, and was instrumental in starting the Montana Outdoors section of the Missoulian. John with his colleague Jeff Herman received the paper’s first Pulitzer Prize nomination in 1977, nominated by the President of Long Beach State University for a series on bogus credits for college athletes that had regional implications. He was selected to go to Japan to interview Ambassador Mike Mansfield and cover the Montana-Army football game. John also wrote columns for years with a piercing irony and humor. He practiced integrity, professionalism, and a direct but easy manner with people. Lacking pretense, he was an advocate for the everyday individual, regardless of money or status. He made lifelong friends at the newspaper.

Throughout his life, John instilled a strong work ethic, passion for the pursuit of knowledge and a love of the outdoors in his daughters. He enjoyed being in the company of family and good friends. A classical music enthusiast, he supported public radio and local symphonies.

In 1997, with daughters raised, John and Jean moved to Jette Meadows in Polson, Montana. John served on the Landowner’s Board and was chairman of the Water Board. He acquired a federal grant to develop another well. He cleared his land of knapweed and leafy spurge, also removing invasive species on daily hikes.

John was driven to take care of his family and was cognizant of his age. In spring of 2018, John and Jean moved to Helena to be closer to their daughter Katja. He loved hiking Bonaparte Mountain, Mount Helena, and Mount Ascension with Jean and their dog Sheba. John dearly loved his grandchildren, attending school and theater events in Helena, and visiting grandchildren in Minnesota. He loved being outdoors with them.

He is survived by his wife of 50 years, Jean Stromnes, and daughters: Katja Allyn Elias (Abe Elias) and Ingunn Margarete Stromnes (Jeff Bonner) and five grandchildren: Khalil, Freya, and Emma Elias (Montana); Sindri and Tiernan Bonner (Minnesota); and nieces and nephews. A memorial service will be held in Missoula in spring. Memorial donations may be sent to the Prickly Pear Land Trust, P.O. Box 892, Helena, MT 59624. Please visit below to offer the family a condolence or share memories of John.