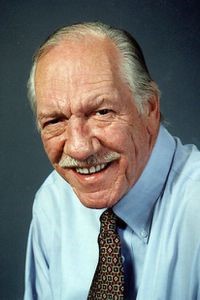 Eugene Alden Fenderson was born February 28, 1942 in Omaha, Nebraska to Dean and Bessie Fenderson.  He spent his early years living in Nebraska, Minnesota and South Dakota.  During his childhood, Gene worked as a farm laborer to help support his mother and family.  He dropped out of school after the 9th Grade and took various jobs in Sioux Falls, South Dakota, before moving to Omaha is search of better employment.

There he landed a job at the smelter owned by the American Smelting and Refining Company.  Gene joined the International Union of Mine, Mill and Smelter Workers, and began his journey as a trade unionist; a calling and a cause that would define and inform the rest of his life.  Possessed with leadership skills and a keen understanding of the needs of workers and the vital role unions played to ensure fair wages and working conditions, Gene was elected Shop Steward at the ripe old age of 20.  The job placed him at the forefront of the complex and often adversarial relationship between corporate management and labor. Recognizing his talent, Gene held several positions of increasing responsibility while working for “Mine Mill.”

Gene married his high school sweetheart Susan Galliher, and together they raised three children, Christine Ann, Peter Frank and Michele Marie.  At the urging of several union friends, Gene and Susan moved to Montana in 1971, settling in Lump Gulch outside of Clancy.  They divorced in 1982.

Gene worked as a journeyman union carpenter for several years before serving Governor Tom Judge as the first Chief of Labor Relations under the newly passed Public Employees Collective Bargaining Act. While in that position, Gene was integral in developing the Blue Collar Pay Plan, which remains part of state government to this day.

Gene joined the Laborers International Union in 1979 when he was elected Business Representative of Laborers Local 254.  He served as Business Manager until 1997 when he took on the role as President of the Montana District Council of Laborers full time. In this position, he guided the three Montana locals into a consolidated statewide local. Throughout this time, Gene also represented workers on health insurance and retirement trusts.

Gene’s move to Montana coincided with the emerging progressive political renaissance best exemplified by the passage of the 1972 Montana Constitution.  He was an integral presence in the political arm of the labor movement and Democratic politics.  Gene was instrumental in the founding of the Montana Committee for an Effective Legislature, a groundbreaking organization charged with electing progressives to the Montana House and Senate.  He also managed Dorothy Bradley’s campaign for Congress in 1978.

Gene was at the forefront of two of the seminal events in contemporary Montana labor history: strikes over union recognition of nurses at Missoula Community Hospital and the fight against non-union construction of the Haynes natural gas pipeline by the Montana Power Company.  Both were prolonged, contentious and controversial.  They were also victories for organized labor.

Besides the union movement and progressive politics, there was one other all-consuming love and passion in Gene’s life:  Sue Bartlett. Married in 1984, they shared and supported one another in their exceptional political carriers.  Theirs was a truly equal and collaborative partnership founded on enduring love and mutual respect.  For 33 years they fought side by side in the cause of women’s rights, workers’ rights and a fair shake for every American.

In retirement, Gene and Sue split their time between Helena and Tucson, AZ.  They never wavered in their commitment to the goals and ideals for a more just and equitable society.  They remained very involved in progressive and Democratic Party politics.  Both served as delegates to the 2004 Democratic National Convention.  Sue died on September 11, 2017.  It was the greatest loss of Gene’s life.

For nearly a half century Gene Fenderson was one of the great – if at times unsung – heroes of the Montana progressive movement.  He not only talked the talk; he walked the walk.  Never afraid to speak truth to power, his commitment to social justice came at a significant cost: to his family, health and professional advancement.  Born in poverty, forged in the crucible of the trade union movement, Gene was not overly concerned with accolades or material possessions.  Fighting for human dignity, social and economic justice was his moral commitment and life’s work.

A celebration of Gene’s life will be held when his friends, family and colleagues can safely meet and share hugs, handshakes and stories about this remarkable person.  Contributions in Gene memory may be given to Helena Food Share, God’s Love or organization of choice.

Gene Fenderson’s death is a loss for the underprivileged, neglected and powerless for whom he tirelessly fought.  He will be remembered. Please visit below to offer the family a condolence or share a memory of Gene.