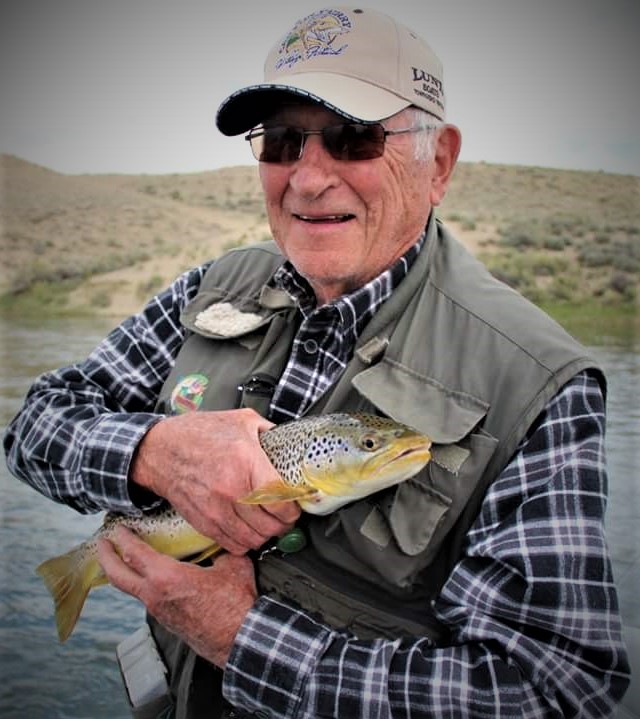 Everett Alan March, of Helena, Montana, passed away January 16, 2021 after a yearlong battle with cancer.  He was born November 19, 1931 in Fort Morgan, Colorado to Velma and Edward March.  He was raised there with his five brothers and sister.  Growing up through the Great Depression and with a father off fighting in WWII, Ev learned the value of hard work and passed that on to his own children.  He was introduced to God by his good friend, Alan Osborne.  In the sixth grade he was baptized by full emersion and when his head came above water, he heard the whole congregation yell “Halleluiah, that March boy is going to be saved!”

After high school Ev enlisted in the Navy for 4 years.  While stationed at Pearl Harbor, he married his high school sweetheart, Kay Williams.  They began their married life living in an apartment two blocks from Waikiki Beach.   After the service, Ev attended Northern Colorado University in Greeley, Colorado where he attained his B.A. in Education, and his two oldest sons (Rick and Ben) were born. He and Kay moved to Scottsbluff, NE, where he coached and taught for seven years and added his two youngest sons (Scott and Dan).  Ev loved coaching any sport at any level.  Over the course of his life he coached grade school through junior college levels: football, basketball, baseball, tennis, softball, track and golf.  He coached all of his own boys and some of his grandchildren.

The family spent several summers in Montana while Ev collected two Masters Degrees in School Administration and Guidance and Counseling.  It was a shock for his boys to realize later in life that their Dad was a Griz alum! (Go Cats!)   The family moved to Basin, WY where Ev was the high school principal and guidance counselor.  Another move took them to Thermopolis, WY, where Ev was the Assistant Superintendent of Schools.  Ready for a new adventure outside of education, Ev and Kay purchased the Clancy Store and moved to Montana.  They ran the store for 20 years, and it was a central part of the community for not only groceries, meat and gas, but also as a warm place for kids to await the school bus, or for adults to congregate as part of the “coffee crew”.  Kay passed away in 1992. Everett re-evaluated his life and eventually sold the store, semi-retired, married Bette Tolson, and moved to Oregon.  Ev and Bette made great friends in Oregon, Colorado and Wyoming over the next several decades as their adventure continued.  They eventually ended up back in Montana, closer to most of their children and extended family.

Ev was one of the most giving people you will ever meet.  He was active in his church, Elks, Rotary, Lions Club, organized sports leagues and always willing to help a neighbor that needed a hand.  Ev loved all sports, but golf and fly fishing were his favorites later in life.  His annual fishing trip to the upper Madison River with childhood friends Dick Joliffe and Ted Westervelt, among others, was always a highlight of the year and continued well into their 80s when cards, whiskey and a few tall tales became more important than catching fish!

Everett is preceded in death by his first wife, Kay, and three brothers: Lester (Nora); Chester (Fran); and Robert.  He is survived by his wife, Bette; sister, Velva (Don) Herdt, Greeley, CO; and brothers Max (Mary) Fort Collins, CO, and Charles (Noria) Panama, as well as his children: Rick (Carolyn) March, Clancy, MT; Ben (Retta) March, Clancy, MT; Scott (Malena) March, North Ogden, UT; Dan (Aimee) March, Helena, MT; Dawn Tolson, Fountain Valley, CA; and Brad (Kim) Tolson, Bozeman, MT.  Ev has eleven grandchildren: Ryan, Bonny, Jenna, Jarren, Glenn, Kristin, Corrine, Kelsey, Colton, Samantha, and Noah; and seven great grandchildren: Daniel, Oscar, Aiden, Drake, Dean, Quinn, and one on the way.  Due to current restrictions, no funeral will be held at this time, but a celebration of life will be planned for the summer of 2021.  In lieu of flowers the family asks that donations be made in Everett’s name to the Buffalo Bill Museum in Cody, WY or to a worthy cause of your choice.