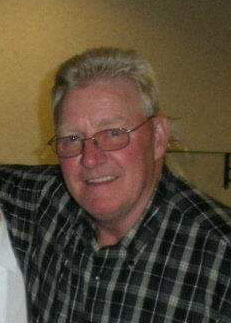 Jeff was born in Dickinson ND to Almon & Florence Tesdal.  He was raised in Anaconda MT and later moved to Forsyth MT with his second family including Maynard & Muriel Fulton, brothers Tim & Leroy, sisters Ellen & Alicia.

Jeff married his wife of 35 years, Colleen Franzen, on June 25th, 1983.  They moved to the Helena area in 1986. Jeff gained employment at the MT Department of Revenue and retired after 29 years in June of 2018, as a Computer Systems Analyst.  His favorite activity to pass the time was golfing, but he also greatly enjoyed hunting & fishing.  He was a football fan loyal to the Denver Broncos. He loved spending time with his large family and dogs.

A private family service will be held at a later date. In lieu of flowers, an account has been set up at Rocky Mountain Federal Credit Union in his wife Colleen Tesdal’s name to help with final expenses. You can make your donation at either branch, but please be sure to tell the bank representative to “share a comment” and leave your name so we know who it came from. Please visit below to offer a condolence to the family or to share a memory of Jeff.