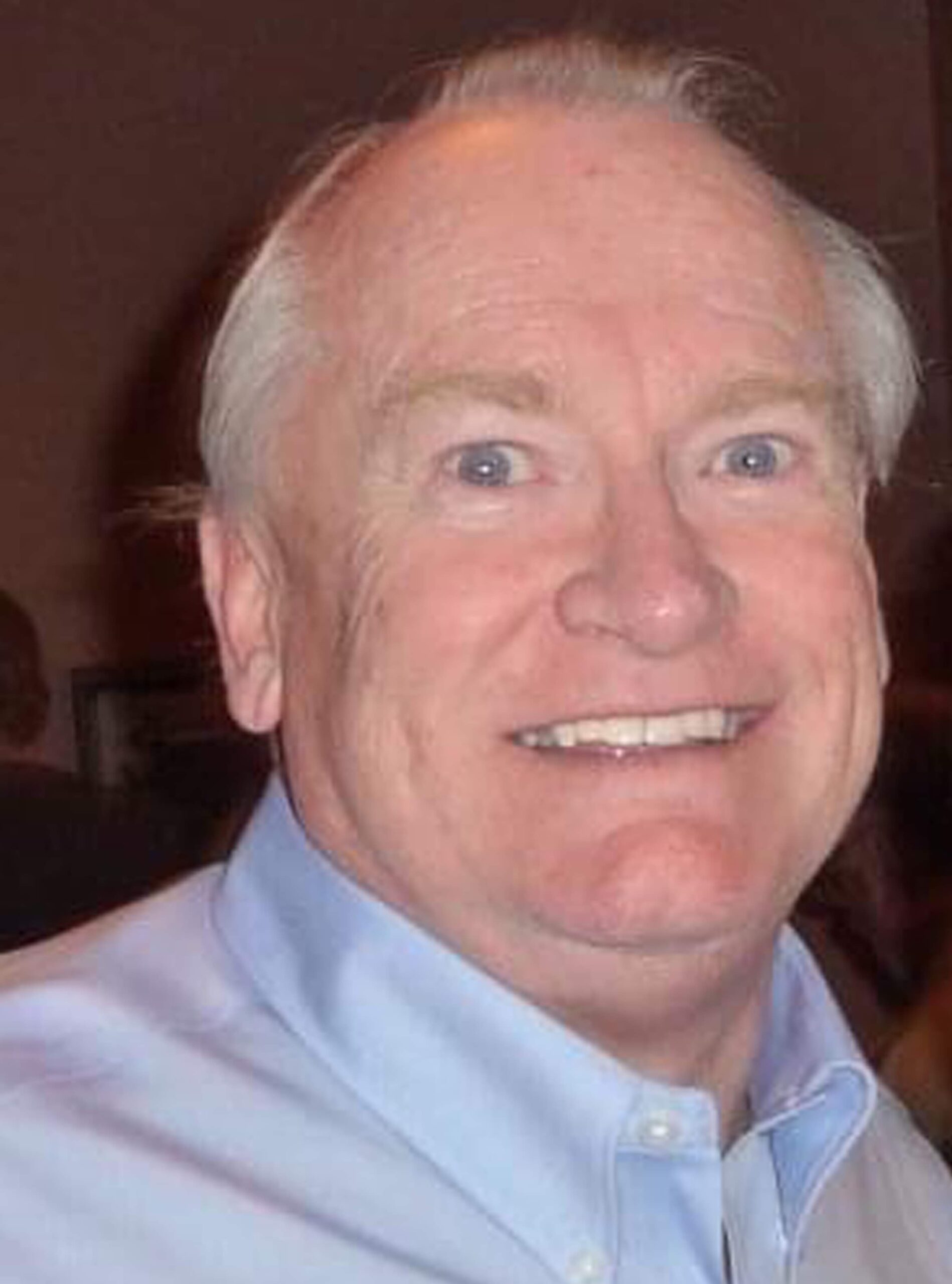 Jack was born on February 21, 1945, to Earl and Marie (née Garrels) Lynch at the Murray Hospital in Butte, Montana. The youngest of three sons, Jack attended St. Ann’s Elementary School. He took great pride in being a Boy Scout. He was the Montana State Representative during the 50th annual Boy Scout Week held in Washington, D.C., June 1960. He did a live call-in “Scout Report” to the Butte radio station every morning during the meeting. Jack graduated from Butte Boys Central Catholic High School in 1963.

During his childhood and early adult life, Jack enjoyed camping, hunting and fishing with his Dad and the Scouts; sailing, water-skiing, and scuba diving at Canyon Ferry Lake where his family always kept a cabin. And like his father before him, he was an avid and accomplished woodworker.

His undergraduate studies in English Language and Literature were completed at Carroll College in Helena, MT in 1967. While there, he met and married Zenda Koch, the mother of his four children.

Jack attended law school at the University of Montana in Missoula, graduating in 1970. From 1969-1971, he clerked for Justice Wesley Castles of the Montana Supreme Court and served on the commission to revise and modernize the Montana criminal code. After this, Jack joined the Law Firm of Cure and Borer in Great Falls, MT. In 1976, Jack became associate counsel for Buttrey Food and Drug. He was an active member of The Knights of Columbus and Holy Family Parish. He eventually opened his own private practice on the fifth floor corner suite of the Strain Building in downtown Great Falls. Jack was a well-regarded member of the trial bar—viewed by his peers as competent, fearless, and clever in the courtroom. Like all good Irish, he preferred a good brawl to a calm and reasoned conversation.

Jack was fortunate to meet Carol Robinson in 1993. They were married on August 27, 1994, in a beautifully intimate ceremony at the home of Tom Boland, his dear friend, with all of their children present. Jack and Carol had many adventures, including two years living outside Palm Springs, CA, where they regularly ran into Bob Hope at the coffee shop.

In the late 1990s, Jack and Carol moved  to Helena, Montana, where Jack was Agency Legal Counsel for Montana Fish, Wildlife, and Parks. There he enjoyed 18 years serving as Chairman of the State Employees Charitable Giving Campaign. He retired from FWP after 20 years. In 2020 he was honored with a medal commemorating 50 years with the State Bar of Montana.

Through his retirement until his death, Jack loved buying and selling antique woodworking tools, books, and dust jackets on eBay. He was a recognized authority on vintage Hardy Boys’ books and memorabilia.

Over his long life, Jack had many great dogs: Lad, Chinook, Boomer, Max, Sug, Jill, and most beloved, his dachshund, Jerry.

Jack is preceded in death by his parents and his youngest daughter, Corey Johnson. He is survived by his loving spouse, Carol; his and Carol’s children Jeff Lynch, Conley Lynch, Jenny (Patrick) Kuntz, Marion (Tim) Nielsen, Matt Warner, and Ann (Bob) Smith; his brothers Neil (Charlotte) Lynch and Jim (Cathy) Lynch; his 13 grandchildren, as well as many nieces and nephews. A Memorial Service will be held later this year.