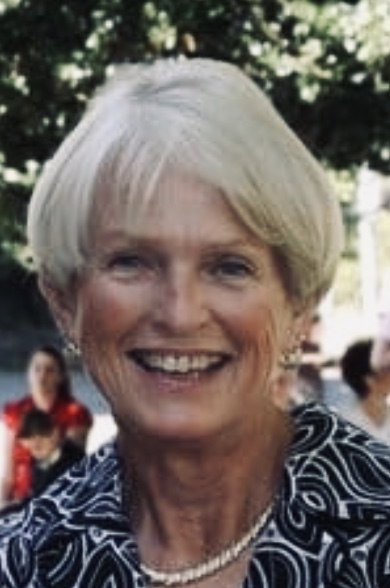 On December 30, 2019, Margret Strizich Fallang, of Helena, known to all as Maggie, passed away at the age of 82. Maggie was born in Germany in 1937. During the war, her mother fled with Maggie and her younger sister, Helga, to take refuge from the combat that engulfed her home town. Her father was conscripted and served as a medic until he was killed. After the war Maggie immigrated to the United States with her mother and sister.

Before she had reached twenty, Maggie married Frank Dennis, with whom she soon had two children, Sandra (Sandee) and Morgan. The small family moved to Montana. Times got tough, but she was tougher. Now a single mother with two small children, she met Dr. John W. Strizich, who led a medical practice in Helena. The two married and Maggie found herself managing a household of eight stepchildren in addition to her own. Maggie handled it with grace and love. The adventures she had with her combined family are too many to relay in detail, so perhaps just use your imagination to envision the energetic household and an epic trip across Europe with eight children in the 1970s.

John left the world too soon, and shortly after Maggie also lost her mother and her son, Morgan, but she again persevered. In 2002 she married Donald Fallang, a kind and generous engineer and Mason/Shriner. Like John, she loved Don with all her heart, and the two traveled the world together; but he also passed too soon.

In 2013 she joined her daughter Sandee and son-in-law Mark Olson outside of San Francisco. After a few years of California living, they returned to Helena. Maggie lived a remarkable life. She experienced war and peace and faced more adversity and tragedy than most; but she endured it all with optimism and a welcoming heart. She brought joy and love to countless people, including a devoted daughter, grandchildren, and great-grandchildren. Maggie will be greatly missed by all who knew her.

In lieu of flowers, donations can be made in Maggie’s honor to the St Peter’s Alzheimer’s Fund, c/o St Peters Hospital Foundation, 2475 Broadway, Helena MT 59601

Maggie’s funeral will take place at a later date. Please visit below to offer the family a condolence or share a memory of Maggie.