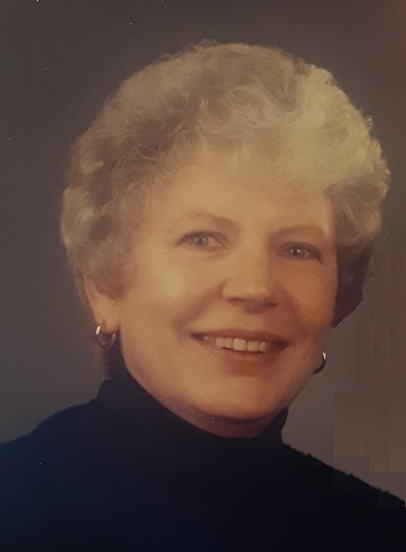 Marlene Faye Wallis, age 83, of Helena, died Tuesday, November 9, 2021, at St. Peter’s Hospital following a brief hospitalization due to complications from congestive heart failure. She passed in the loving presence of her daughter and her oldest grandson.

During the wartime years of the early 1940’s, the Sangray family was temporarily split apart. Marlene’s parents and younger sister Sharon moved to Vanport, Oregon. Due to the size of his young family, Marlene’s father was not drafted; however, he was ordered to contribute to the war effort by working in the Oregon shipyards. Marlene and older brother Rand remained in Helena to attend school while living with an aunt and uncle. The separation was difficult, but they ultimately reunited at war’s end—now a family of six with the addition of youngest sister Vivian, who was born in Oregon.

Marlene graduated from Helena Senior High School in 1956. During her high school years, she worked at Knox Flower Shop. Shortly after graduation, she married William “Bill” Freyler and a move to Billings soon followed. There were three children born to this marriage:  daughter Sheryl Elaine, and sons David Andrew and William Randall. David and William both died shortly after birth.

Bill’s job with the telephone company involved periodic transfers throughout Montana. After Billings came Helena, Great Falls, and eventually Glasgow where Marlene worked for the school district—a job that began a lifelong dedication to public education. In 1970, the family returned home to Helena where Marlene resided for the remainder of her life. That same year she started a career with the Montana Office of Public Instruction (OPI); a career that would eventually span five full decades.

Marlene and Bill divorced in the late 1970’s. But romance found its way into Marlene’s life again. On September 19, 1987, Marlene married the love of her life, Harold Wallis. The love between them was obvious by the ever-present laughter, playful teasing, and constant companionship. They enjoyed gardening, hunting, fishing, and cheering for their beloved grandchildren at sporting events. Marlene admitted to her sisters that throughout their 17 years together, the presence of Harold never ceased to give her butterflies. True love indeed. Harold passed away in 2004.

Along with loving devotion to her family, Marlene also gave the ultimate commitment to her job. She considered OPI’s Division of Special Education her second home. Marlene was admired and appreciated by coworkers within OPI as well as by special educators across the state. In 2016, Marlene received the Lifetime Achievement Award given by the Montana Council for Exceptional Children. Then in 2019, halfway through her 50th year of service to OPI and to Montana state government, she reluctantly retired at age 81.