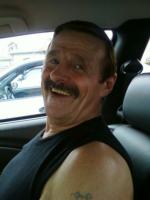 Mason Lee Parsons, age 58, of Helena, a Logger, passed away October 23, 2010 at his home in Helena with his wife, family, and closest friends at his side after a courageous battle with cancer.

Mason was born September 14, 1952 in Eugene Oregon to Robert Leroy Parsons and Jessie Genell Peterson. Mason Lee Parsons and Beverly Kay (Gillihan) Parsons were married June 29, 2002 at the home of their best friends Don and Melynda Wood in Helena, Montana.

Mason graduated from High School, as an “Honoree,” in Eugene Oregon. Mason was a honorary member of the explosive ordnance disposal community. The largest part of Masons work life was spent as a logger throughout the states of Oregon and Alaska. Whether at work in the forest logging or wearing the orange hat and vest of hunting season, Mason felt at home outdoors. While loving to spend countless hours along a river or lake somewhere fishing, Mason equally loved to spend time with the children in his life. He seemed to glow while being with the little ones. His hobbies included; fishing, camping, hunting, and he would squeeze in the occasional round of golf. Mason was a member of the Elks Lodge.

To those that knew him, Mason was a true friend. He was in one of his favorite environments when he had friends over or one of his grandchildren sitting on his knee. Many was the time Mason and his friends and family would sit and visit about his life as a logger, the fish that were caught or the bigger ones that got away.

In spirit, I think Mason would like to thank those that were part of his life; in helping him enjoy the opportunity to live, work, have a family, and participate in the lives of his family. He thanks not only those who cared for him when he wasn’t feeling well but also those who helped along the way of his life. He wants to reach out and say to all that hear these words that he grabbed life by the horns, lived it to its fullest and would recommend that we all do the same.

Truly Mason had a “Green Thumb.” He really enjoyed helping things grow; furthermore, it seemed he possessed the same love for life as he did caring for his garden. Mason seemed to relish in the process of making his lawn and garden look very beautiful and simply looking and watching him a person could see how much he truly seemed to be as one with nature. Only once in a while we cross paths with a spirit like the one that made up Mason Parsons. In reality, Mason’s winning smile, good humor and love of life brought us all closer together. He was fun to be with. His presence was almost magnetic.

Any of us who have stood outdoors, looked into the beauty of a heavily wooded area, heard the sound of chainsaws running, smelled the fragrance of pine, heard the bugle of an elk, the shrill cry of the eagle or heard the tail of a big rainbow as it splashed against the water to spit out a hook have seen the things that were a big part of Masons life. If we find ourselves in any of these situations let us think of Mason as he will probably be there with us.

“To Fish or not To Fish what a stupid Question”

Beverly Gillihan Parsons is not formerly asking for memorial or monetary donations, however, if anyone feels the need or wants to, her address is 109 Silsbee Ave., Helena, Montana 59602.

A Viewing will commence on Friday, the 29th of October 2010 from 4 to 6 pm. at Retz Funeral Home, 315 East 6th Avenue, Helena, Montana. Memorial services will be held on Saturday the 30th of October at 3:00 pm also at Retz Funeral Home. A reception will be held immediately after the service and will be announced. To offer a condolence to the family or to share a memory of Mason, please visit www.retzfuneralhome.com.