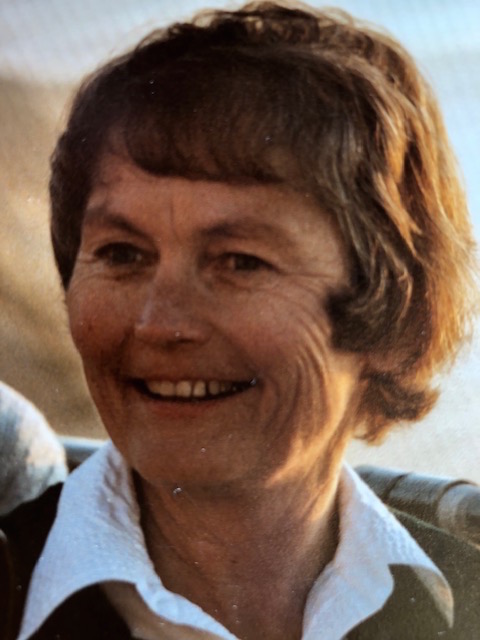 Patricia Louise “Pat” Tourangeau (née Mickelson) passed away peacefully with her family present on October 22, 2020, in Helena, Montana. Pat was a loving, gracious, smart, pragmatic, strong, funny and witty woman; a loving wife of 68 years; a mother of four; a grandmother of five; a great grandmother of one; and a sister to three.

Pat was born in Sauk Centre, Minnesota on March 1, 1932. She was raised and attended school in Grand Rapids, Minnesota with her three sisters. She graduated from Grand Rapids High School, where her father, Carl Mickelson, was the long-serving Principal. While a student at the University of Minnesota, Pat would meet a handsome College of St. Thomas football player, Dick Tourangeau. Pat and Dick were married in 1952 at Fort Benning, Georgia, where Dick was attending Army Officer Candidate School. While in the Army, Pat and Dick had two daughters, Melisse and Amy.

After completing his military service in 1956, Pat and Dick would move to California so that Dick could attend Law School. After Law School, during which time their family grew with the addition of their son, Todd, they moved and settled in Carmel, California in 1959, living there through 1997. In Carmel Pat and Dick had another son, Paul. Pat raised her four children in Carmel, served in the Junior League of Monterey, and served in various leadership positions for the Volunteer Services at the Community Hospital of the Monterey Peninsula.

Pat enjoyed travel, which included many trips with her family: back to her hometown; flying to Baja, Mexico; the Sierra Nevada mountains; the back roads of Montana as well as many other western states and Canada. Pat and Dick also enjoyed house exchanges and several trips to Europe, which included a very special month-long trip in 1967, to Norway (her grandparents’ birthplace).

In 1997, Pat and Dick retired moved to their property outside of Hamilton, Montana. In 2017, they moved to Helena, Montana, to be closer to their daughter, Amy.

Pat is survived by: her husband of 68 years, Dick; her children Melisse Telfer (Alan) of Monterey, CA, Amy Moran (Jim) of Helena, MT, and Paul Tourangeau (Kristen) of Denver, CO; and her sisters Jean Halverson (Herb) of Grand Rapids, MN, and Katie Mickelson of Portland, OR. She is also survived by: her fve grandchildren, Kevin Moran of Helena, MT, Meghan Ward (Sean) of St. Paul, MN, Daniel Moran of Berkeley, CA, Perrin Tourangeau of Charlottesville, VA, and Eva Tourangeau of Seattle, WA; and one great-grandchild, Penelope Ward of St. Paul, MN.