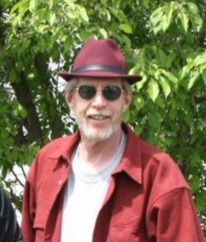 In the early morning hours of April 28, 2022, Paul F Brass lost his battle against COPD, comfortably surrounded by the love and comfort of his family, friends, and the amazing staff at Fort Harrison’s VA Medical Center.

Born October 21, 1950, at Saint John’s Hospital in Helena, Montana. Paul was the 2nd son of Warren and Betty Brass.  Raised in Helena, MT on his father’s chicken farm with his brothers Mike (Sam) and Eric. Paul was born with a gift for gab. If you were to ask the boys, they would say they shoveled a whole lot of chicken ****, as well as candled eggs and helped deliver them.

Growing up, people often called Paul and his younger brother Eric “twins” because their features were so similar. But let’s be honest, Warren Brass had some strong genes as all the children have their fathers’ facial similarities. The 3 boys were thick as thieves, helping one another through life, both physically and mentally; they were a constant support for one another. Eric recalls times as children when Paul comforted him after watching scary movies. Eric thought of Paul as his “Tom Sawyer” brother. Physical work that another would consider unenjoyable became a “good time” for these three. Eric and Paul shared companionship and a little extra cash blowing out sprinklers in the fall for many seasons. At the drop of a hat, you could see Eric and Paul head to see their oldest brother Mike in Newport, WA. Cutting wood and other projects around Mike’s place solidified the unbreakable bond between these three brothers.

Paul graduated from Helena High School 1969 and joined the US Navy on May 7, 1970, being honorably discharged January 19, 1973. Paul comes from many generations of enlisted family members including his stepfather “Carney.” Paul experienced the Vietnam War from aboard the USS Francis Hammond and was trained in electricity and electronics, acting as a surface sonar technician until he was discharged. During his service he was awarded a Combat Service Ribbon and a Vietnam Service Medal. His way of walking like a duck must have served him well aboard the ships. His military comrades meant a great deal to him, and he tried to keep in contact with them into the 1980s.

He attended college in Long Beach, CA in 1974 for business administration, economics, history and in Hawaii in 1976 he took a philosophy course. There’s rumor he even took some pre-law classes. He worked for Pepsi Bottling Co servicing vending machines during 1978 in CA and later in MT. He also did highway survey work. If you traveled with him between Elliston and Avon, he would tell you the story of the men and beer it took to make the new road.

In October 1980, Paul and Sharmyn Brass gave birth to a bouncing baby boy, Donald. They made much better friends then spouses and, in the end, agreed that they should split.

He eventually returned to Helena in 1982 planting his roots, after a few years starting his own business as an independent flooring installer, and later contracted out of Finstad’s Flooring until his retirement. Paul learned his work trades through mentors or was self-taught; he had the ability to be a quick learner and passed on his trade and skill to his son Donald. Paul was a hard worker and after work enjoyed many glasses of Bud Light with his friends. He was extremely proud of the many homes, businesses, and buildings where he installed the flooring. Paul would be more than happy to give you the “carpet tour” of the carpets he and his son installed into the State Capital building in Helena. Also on a home installation, if asked by the lady of the house if he liked the color of the flooring he was installing, he would politely respond that he did not know, “I’m color-blind,” which of course was not true.

In August 1987, Paul was given a second blessing when he and Rena Leeson had a little girl together and named their daughter Crystal Leeson (Crys).

Paul donated many hours to many good causes. In 1982, he was a member of the Elks Lodge in Carson, CA. When he returned to Helena, he was a long-standing member and past local Aerie trustee for the Mount Helena Eagles #4040. He was a member of the VFW in East Helena. And he and his brother Eric were board members and supported the Little Red School House by donating their time and labor. This was an endeavor to keep going what their father had started by maintaining the property’s charm for public use. Paul was also a member of the Military Order of the Cootie of the United States.

Sometime around Thanksgiving 2005, Paul met and fell in love with Dawn Hopkins. Together they shared a love for travel, taking weeklong visits to Spokane to see the Trans-Siberian Orchestra and visit with her children and his brother outside of Newport, WA. She ended up being his last love, partner in crime, and road trip navigator thru life.

Paul was nonconfrontational, sometimes to a fault. Although deeply affected by the loss of friends and family, he expressed no self-pity. Anger, criticism, or judgment of others was not a personality trait he had. There did not appear to be a mean bone in his body; even drinking, he was a very happy intoxicated person. He made the best of what life gave him and always enjoyed laughter and good times with the people around him. He was easy going and easy to talk to. If you had a difficult conversation you wanted to have, “Kemo” as Donald affectionately referred to him, always had a project for both of you to do, with a cold beer making it less stressful to talk about. Don Rose, Donald’s best friend, as well as Dawn’s son in law Xay Phothivongsa and her daughter Andrea Radash all thought of him as a father figure, referring to him as Dad or Pops.

In Paul’s own words: “After graduating I took a 2-year sabbatical before joining the Navy for a 3-year vacation. From 1970 to 1973 I enjoyed vacation spots from San Diego to the Gulf of Tonkin. In 1974 I married and returned to Hawaii for a 3-year stint as a vending mechanic. From 1977 to 1980 I spent my time moving from LA to Helena, to Bozeman, to LA to various towns on Oahu and back to LA. In mid-1982 I’d had enough of the big cities. I moved to Sandpoint, Idaho to enjoy the four seasons again. 1985 saw me moving back to Helena, for good I’m hoping!! Presently I’m employed with the State Highway Department for my third year running.”

He had a “need for speed” through his ownership of muscle cars, a motorcycle and speed boat; his first car being a 1970 Ford Fairlane. Passion for speed caused many citations along with just being who he was. “Keep it under 100 within the city limits!”; this was his favorite saying. It did not matter where he lived his motto was always the same. To feed his love of cars, he worked at wrecking yards in CA and MT; Scott’s Auto Salvage was owned by his uncle Al Brass and cousin Roger Brass, and at Al Rose Wrecking in Helena with lifelong friends Al & Buzz Rose. This passion carried through his entire life. He religiously watched races on the TV. Early years he went to drag races, later years he attended Nascar races. In Vegas, he attended tailgate parties having some great conversations, meals and of course Bud Lights before watching the races. Afterward, he and his sweetheart Dawn would then head to Fremont Street to enjoy more of what Vegas had to offer. He was always prepared for a long leisurely drive or just a quick trip somewhere. A map was his navigational tool and even after they installed GPS in his newer vehicles, you could still find a road map in the car.

Paul had an amazing laugh and if you knew him, you saw his smile and heard that laugh every time you saw him. He was a storyteller, sometimes to an extreme point… yes, he loved to talk. For example: he LOVED stopping people in a hurry on their way to the bathroom to relieve themselves of many beers. He would talk and talk and talk. It was his way of “playing a prank.” His sense of humor was unique. His intentional misuse of words made you think twice. One example is he would say “terrorists” instead of “tourists;” he had many oxymorons.

They walk beside us

Interment into the Veteran’s Wall at the Montana State Veterans Cemetery located at 3550 Heroes Rd, Helena, MT (Fort Harrison) will take place on Thursday June 9th, 2022, at 11 AM. There will be a Memorial Celebration held Saturday June 11th, 2022, at the Mount Helena Eagles #4040 at 14 W Main St, East Helena, MT at 2 PM.