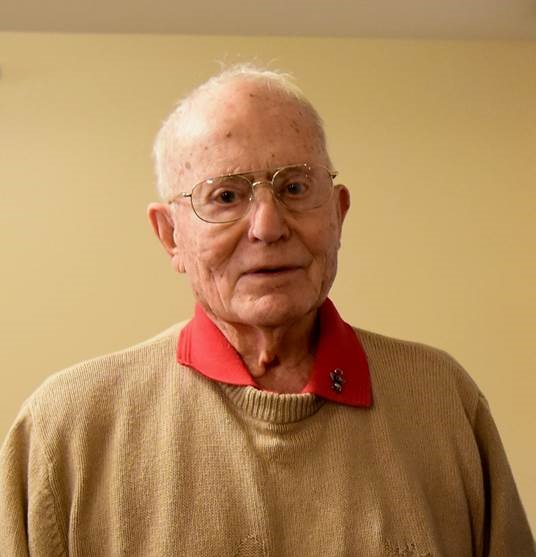 Roy Paul Hockett passed away peacefully in his sleep during the early morning hours of December 15, 2020. Roy was born on the family farm north of Laredo, Montana on April 6, 1929 to parents George and Sophia Hockett.

After graduating from Havre High School in 1947 Roy served one year in the Army. He then joined the National Guard, returned to Montana and enrolled in Northern Montana College where he met Mabel Flansaas. Two years later they were married and moved to Missoula, Montana where both Roy and Mabel received their bachelors degrees.

After completing college Roy entered the U.S. Air Force. During Roy’s twenty year career as an Air Force pilot, he flew 10 different aircraft ranging in size from a Piper Cub to the C-141 Starlifter. While Roy enjoyed flying the C-141 most, it’s notable that during the Cold War in the early-mid 1960’s Roy was circling Greenland in a B-52 bomber loaded with thermonuclear bombs. We can all be thankful that Roy and his fellow crew members were never ordered to drop their payload.

Roy retired from the Air Force in Fairfield, California, where he pursued his second career in real estate. While in Fairfield he managed and owned Dover Realty in Fairfield and Vacaville. He served on the Board of Directors of the Fairfield-Suisun Trade Club, and the California Association of Realtors. He was very active in the community, serving on the Board of Directors of Red Cross, Solano County Fair, and the Welcome Home Troops Committee. He served as president of the Fairfield-Suisun Chamber of Commerce and the Fairfield Lions Club. Roy and Mabel returned to Montana to be closer to their grandchildren where Roy was an active member of Helena Sunrise Rotary.

Roy shared his love of world travel with his wife Mabel. During their 68 years of marriage they made several trips to Europe, visiting thirty foreign countries.They also completed countless Volkswalks (noncompetitive 10K walks/hikes) both here and abroad.

Roy was an avid hunter and fisherman. He was a life member of Pheasants Forever, Ducks Unlimited and the Rocky Mountain Elk Foundation. He enjoyed attending fund raising banquets of all three organizations and was always an active bidder during the auctions. Roy passed his love and appreciation for wildlife and the outdoors on to his sons and grandchildren.

Roy is survived by sons Brian (Juanita) Hockett, Glenn (Laurie) Hockett; grandchildren Jonathan (BriAnn), Marcus (Kara), Corey and Kelly Hockett; and great granddaughters Sylvie and Freya Hockett. He is also survived by his brother Gene (Sharon) Hockett and numerous nieces and nephews. He was preceded in death by his parents, wife Mabel, and brother Robert Hockett.

The Hockett family would like to extend its sincere thanks to the staff at Touchmark and St. Peter’s Hospice for taking such great care of Roy in his final months.

No services are planned at this time. Memorials may be made to St. Peter’s Health Hospice in Helena, Montana or Pheasants Forever.